home Go back to home
menu Menu
Anti-Vaxxers Are Killers and Cowards, and It's Time Tell Them That
By Andrew Phillips Posted in Uncategorized on August 7, 2021 0 Comments 6 min read
Previous Next

I’ve been trying to stay out of the Social Media rabbit hole in the last few weeks, but as my city (and my store) head back into a completely avoidable lockdown, the anti-vax memes are feeling especially acidic. That frustration is compounded by the overwhelmingly clear evidence that areas with higher vaccine rates are experiencing a milder surge and significantly less death. It’s not even close.

I’m at a loss as to how anyone could credibly question that. It’s not political, slanted or anything else. It’s numbers. It’s trackable. It’s bodies… in bags.

As to the acid melting away at us online, the following are two memes posted by a clearly anti-vax fb / Bmore scene friend just in time for our return to mandated masking. 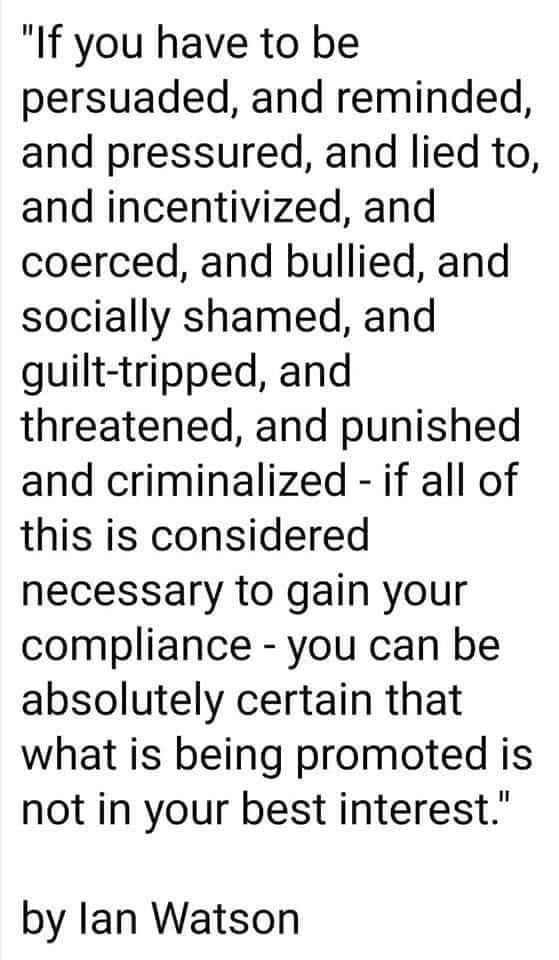 Never has avoidance (this is clearly a person asking for approval to act badly) been as obvious. Why are people trying so many approaches to get you to take the vaccine? It’s not because they’re conspiring against you. (Other people just don’t think or care about you that much.) If anything they want to STOP having to think about you right now. No one is after you. You’re just being self-centered.

As to the many approaches people are taking to convince you to do your part, they’re trying to be kind and give you the benefit of the doubt instead of being blunt and honest about the horrific effects of your inaction. Clearly, that isn’t working. The blunt fact is your choice is directly connected to people dying. They’re trying different ways of explaining because they hope it’s something that you just don’t understand. Why? Because if you do, and choose not to vax, your choice (which is entirely yours) is at this point sociopathic and deeply anti-social. We don’t want to think of you that way. But it’s getting harder not to. 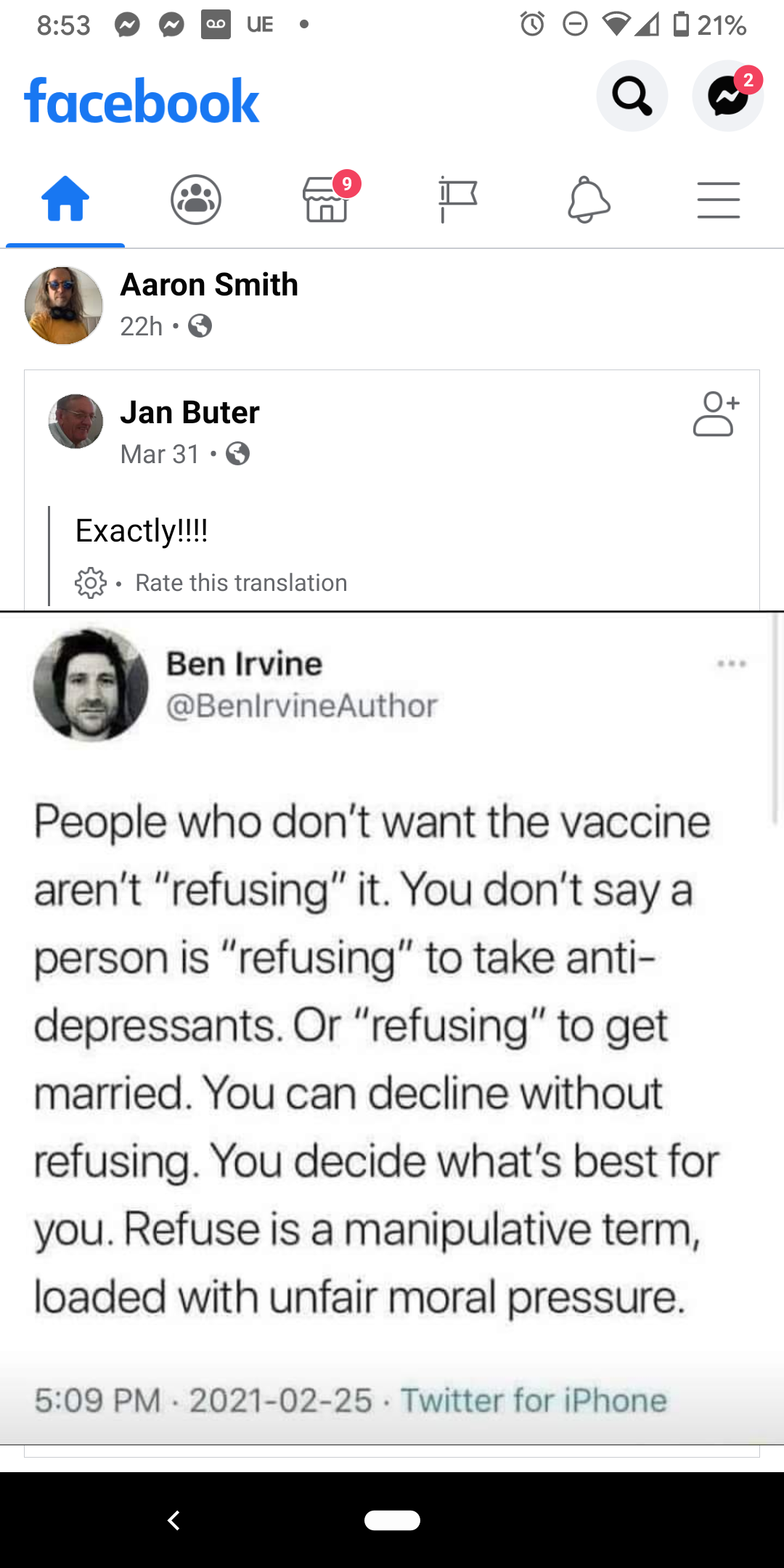 Unfair moral pressure? Why are people laying moral judgments on you based on your answer to a moral question? People are judging you because, given the choice, you’re choosing to avoid minor inconvenience at the cost of keeping other people alive. This is the zombie apocalypse, the zombies are eating your people, and you’re like “I could kill that zombie, but are we 100% sure this ax will work? What if I over-extend my arm?! Am I’m gonna get a splinter!?”

That’s a morally tenuous justification for inaction to say the least. Imagine on a one on one level how bad of a friend that makes you. It’s like seeing your friend dangling from the edge of a cliff and your first thought is:

But, what if its all a conspiracy or it’s all made up to control us? First off, death controls us more than any microchip could. It’s the endgame. There’s no memeing death out of being death. It demands your respect.

But let’s pretend it all is a conspiracy (after all, I can’t 100% prove that it isn’t). What’s the functional / practical difference from a moral standpoint in how folks ought to approach it? The stakes of not taking collective action are weighed heavily against the benefits. If I’m wrong I’ll buy you a Coke to make up for the pinprick you unnecessarily endured. If you’re wrong (which is the overwhelming indication) people die. It’s a pretty easy moral choice, so when you don’t make it, it says something fundamental about your values. That you don’t have any.

Don’t care about that? Let’s get really real on a personal level. Even if it were all made up, you are broadcasting to your friends and family that in a scenario where it WAS REAL you would act like a coward and let people die. You’re the one that pushes the mother and child out of the way to get on the lifeboat. You’re the one that doesn’t run back into the house on fire to save the baby. You won’t throw the drowning woman a rope.

So there’s even a selfish reason to get the shot, so that people don’t realize that you cannot be trusted around other people.

You’re right. It isn’t fair that you have to get a shot. Or that I had to. Disease isn’t fair. Life’s not fair. The people who are urging vaccination didn’t cause the world to be this way. We didn’t create the virus. We aren’t DOING something to you. A pandemic is doing something to all of us. It’s not happening to YOU. It’s happening to US.

One unfair thing that COULD have been prevented is that our entire city now has to mask up again because you won’t admit you were wrong (which is not a big deal and something we all have to do all the time).  You do something small and easy and we go back to normal. You don’t, and you save a minor inconvenience but as a result an entire city suffers. If that’s how you do math, I wish you’d just leave. You may think you’re so charming and smart that thousands and thousands of people are happy to fundamentally alter their lives indefinitely just to keep you around. You aren’t. We won’t.

Look, I get that people may have what in a normal times might be understandable concerns (whether because of history, misinformation, allergies, etc) but these aren’t normal times. Based on the casualty count, we’re in the greatest war in the history of our country. The time for indulgence is over. We no longer have the option not to be brave. It’s a shot. Millions of people already bravely guinea pigged for you. No more bullshit. We tried the carrot. Now it’s the stick.

Stop being a killer and a coward. Get the fucking shot or get out.