INTERVIEW: Michael Moore Ain't a Sicko, but He did Give Me a Cold

Writhing in bed, I snort as my chest convulses, snot dripping on the sheets. This is the flu that Michael Moore gave me. No mixed metaphor here, the man fielded questions and criticisms and managed to maintain his, sharp dry wit, all while coughing on this lowly reporter.

His politics are like a disease (this is the metaphor). They’re not harmful, but they can be infectious and uncompromising. He’s a cynic and proud of it.

Moore’s classic 1989 film Roger and Me set the stage for his activism-driven cinematic endeavors. Moore recently made waves in print, releasing the New York Times Bestseller “Stupid White Men and Other Sorry Excuses for the State of the Nation.” His newest film, Bowling for Columbine, takes a satirical look at gun use in the United States.

Being sick can’t stop Michael Moore and neither can criticism. He’s set in his views on politics and also on filmmaking. As Moore himself admits, he doesn’t always know where his films will take him, only that he wants to take the ride. 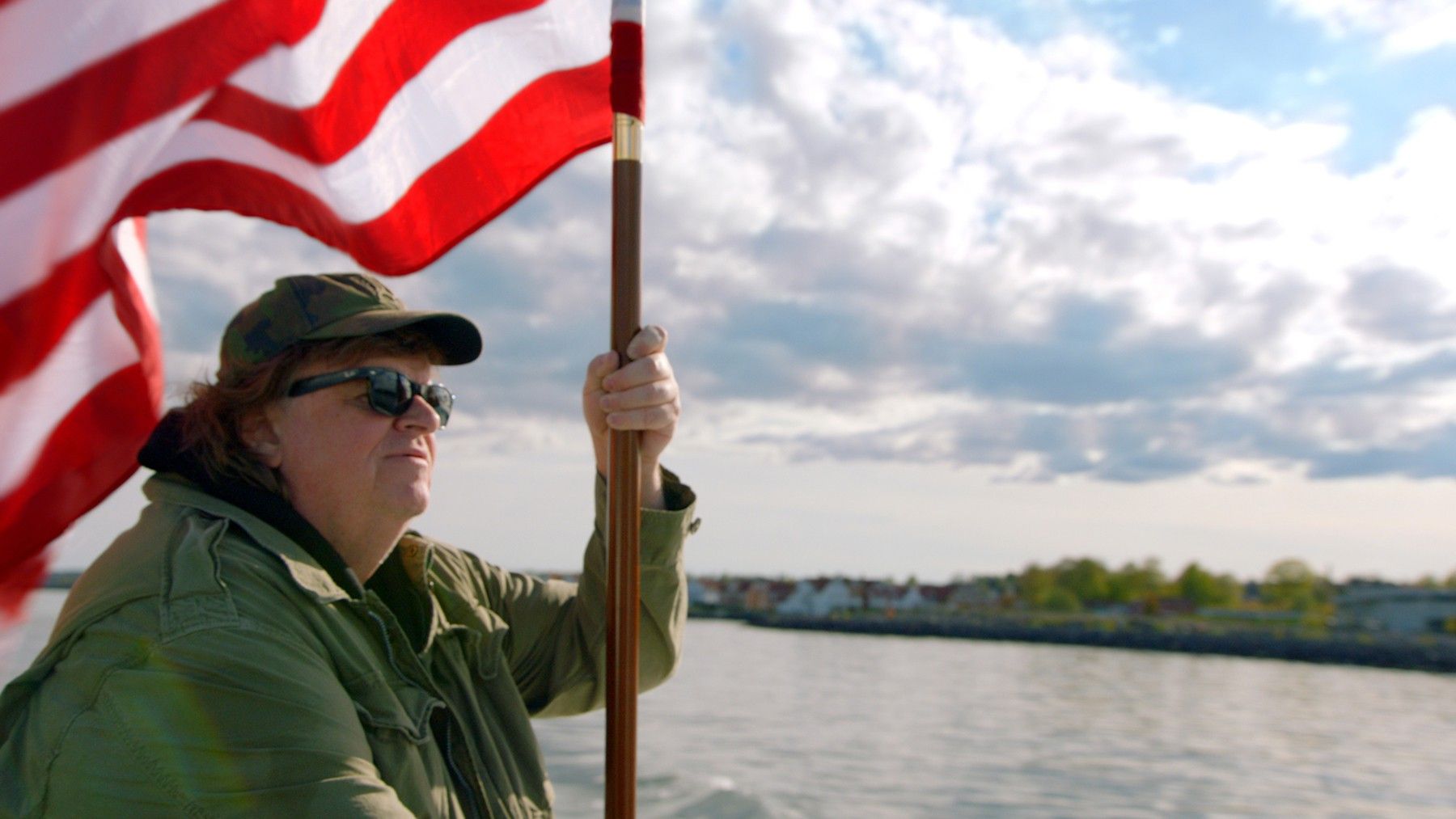 Hatchet: Do people around you want a set concept? It seems to me like you’re a very evolutionary filmmaker.

Michael Moore: I’m very pleased with it. My feet are never in cement, which is a frustrating thing for people around me. If you’re the people putting up the money, you’d like to know what the hell I’m up to. I can understand this, but if I just stuck to what I originally sought to do, then the film wouldn’t be what it is.

H: There are a people who criticize you for championing America’s working class.

MM: Is there something inherently wrong with being a member of the middle class and working your way up to being rich? They should be applauding me and praising me for not being like those people who forget where they come from. Even though the bank statement does not say working class at this point, that’s who I am and where I was – I didn’t make money until I was 35 years old.

H: The other criticism of your book is that a lot of your statistics are wrong.

MM: They’re really splitting hairs at that. The facts in my book are incredibly accurate; I have three or four fact-checkers and a lawyer that goes through the book. I’m extremely cautious and careful about this, but I’m also a human being. Naturally there are going to be typos and mistakes, but they are so rare, so few. I take a lot of broadsides in the media and these complaints are by very lazy professionals. 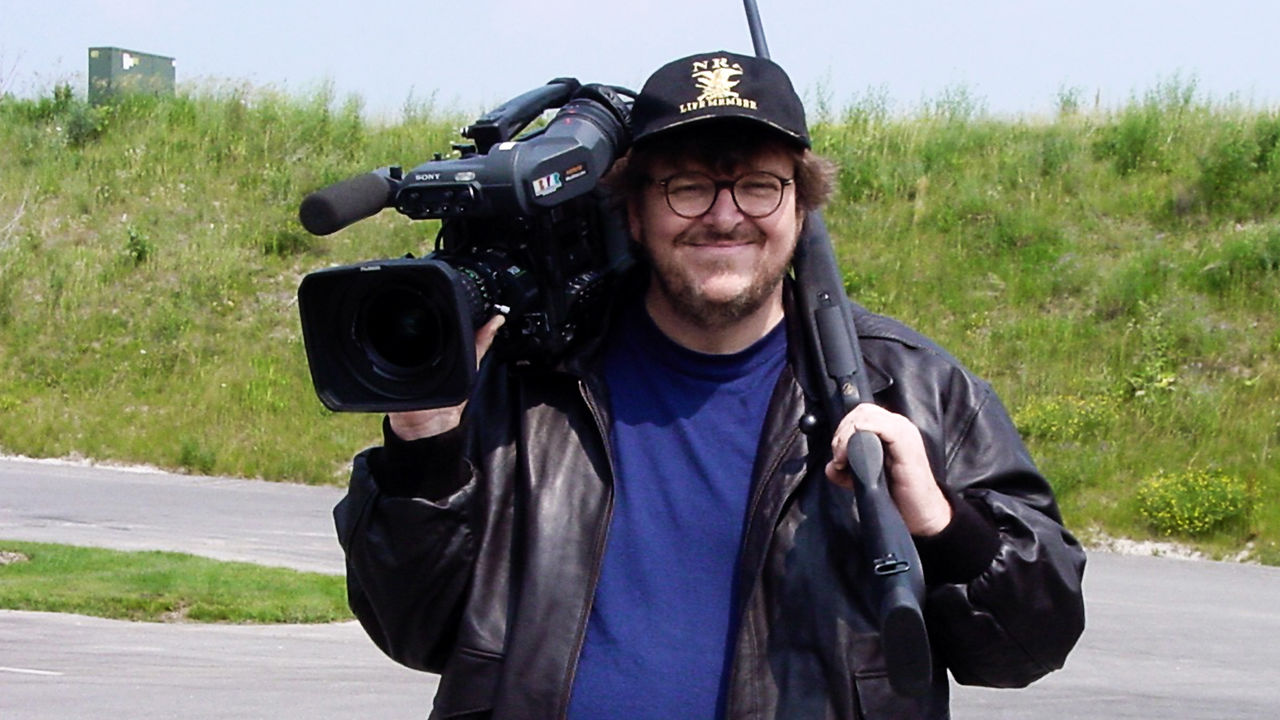 H: How do you think gender fits into it, like most of the people committing these crimes are male?

MM: It plays a lot into it. Say that there’s a drive-by shooting tomorrow night, there’s not going to be a woman hanging out of a window shooting guns. The good news is that 52 percent of the population are women. You will not be jumped by a woman, you will not be raped by a woman. Violence is not committed 99.999 percent of the time by a woman. So it’s the minority that we’re dealing with. And I wish I put that in the film. Men are a defective gender; we’re XY, and we’ve lost a chunk of the X (chromosome).

H: Are you telling people in your films not to be afraid?

MM: I think films are most effective. Those people who go to the movies are going to be generally more active people. They’re the people who are going to meet with each other and do something, as opposed to the TV watcher who is just thinking about the next bag of Doritos. 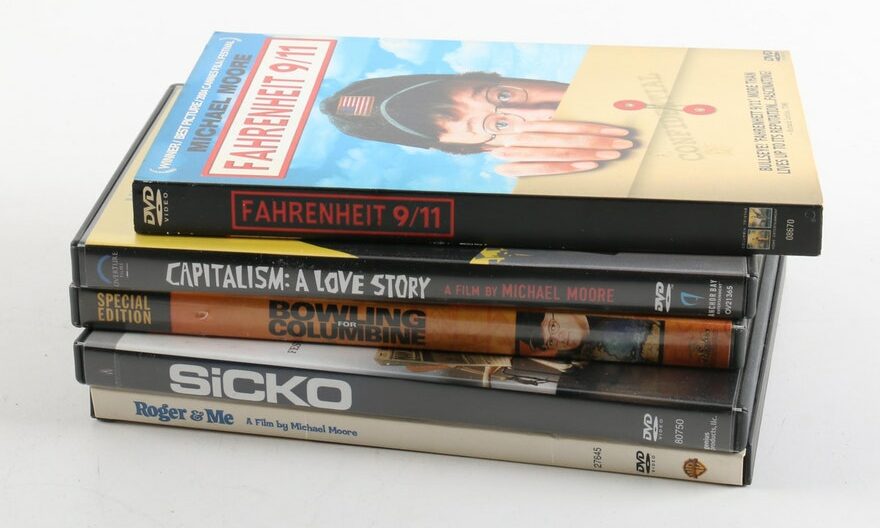 H: Why have you not used fiction to get your point across?

MM: Fiction can be extremely stimulating. You have total control over all the action, the characters, stuff you don’t have control over in a documentary.

H: Why do you think you haven’t done a lot of that?

MM: It just takes so much time. Right now, I’m writing a book, making two movies, I’m getting ready to do the stage show. Then they just called me and they want to put the DVD out of Roger and Me. It just doesn’t stop.

H: You say a lot of negative things about Americans. What do you think the major problem with American culture is?

MM: George W. Bush goes to Yale, gives an address and praises himself for being a C- student. We really do – we pride ourselves in being dumb. I don’t know what to do about this. I think of how much I don’t know, how much I don’t read. According to a 1994 Senate report, we supplied Iraq with all these biochemical elements for (Saddam Hussein) to his create weapons. The only weapons of mass destruction that he may or may not have he only would have because of us. This is Frankenstein – we created him. We need to stop doing this. But we don’t know about this stuff because we’re ignorant. When you’re ignorant, you’re afraid; you’re supposed to be afraid of Saddam Hussein. Then the fear turns into hate and we hope the hate turns into violence.

H: Do you think the media is not doing its job of informing the American public?

MM: Oh 100 percent. And I don’t say that because of all these conspiracy theories or whatever, I just think journalists are lazy. Do the real work and come up with a real story. They’re doing a child abduction story, so I’ll do a child abduction story. Even though child abductions are down from last year. It’s actually less of a problem. Yet, there’s more coverage now. Why? It’s becoming too easy.

H: How have you reconciled yourself with this? What can people do to be more informed?

MM: Turn off the local news. Don’t even watch it.

This article appeared in the November 7, 2002 issue of the Hatchet.